A Little Help From My Friends

Happy Wednesday!  Today, I have decided to do something a bit different.  A blogging friend of mine has been on a month long tour to promote his book series.  I have read this series and I can honestly say,  I was not disappointed in the characters or story line.  This is a high quality Sci-Fi adventure. Money well spent in my opinion. You can find him at Silver Dagger Tours.

Silver Dagger Tours is hosting a month-long tour for me that includes a giveaway for an Amazon gift card and swag.

Now, I see some heads nodding okay. Where is this all going?  Alex also, wrote an amazing book titled  Dragon of the Stars.  This is my absolute favorite written by Mr. Cavanaugh.  So, in my humble opinion it deserves to be showcased.  Previous to the release of this book, I composed a poem based on snippets he provided during the writing process.  Can you believe that, a poem before even reading the book?  Of course, some of you know I am a fan of all things dragons and stars. How could I not enjoy this book? 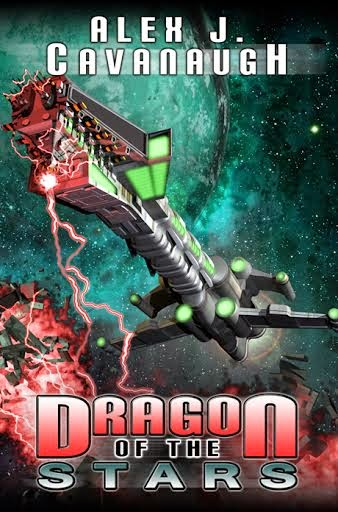 
Alex J. Cavanaugh has a Bachelor of Fine Arts degree and works in web design, graphics, and technical editing. A fan of all things science fiction.  Online he is the Ninja Captain and founder of the Insecure Writer’s Support Group. He’s the author of Amazon Best-Sellers CassaStar, CassaFire, and CassaStorm.


Alex, thank you for all your support over the years!  I was just compelled to bring Dragon of the Stars to light.
Posted by Truedessa at 3:32 PM
Email ThisBlogThis!Share to TwitterShare to FacebookShare to Pinterest
Labels: Alex J Cavanaugh, Dragons of the Stars